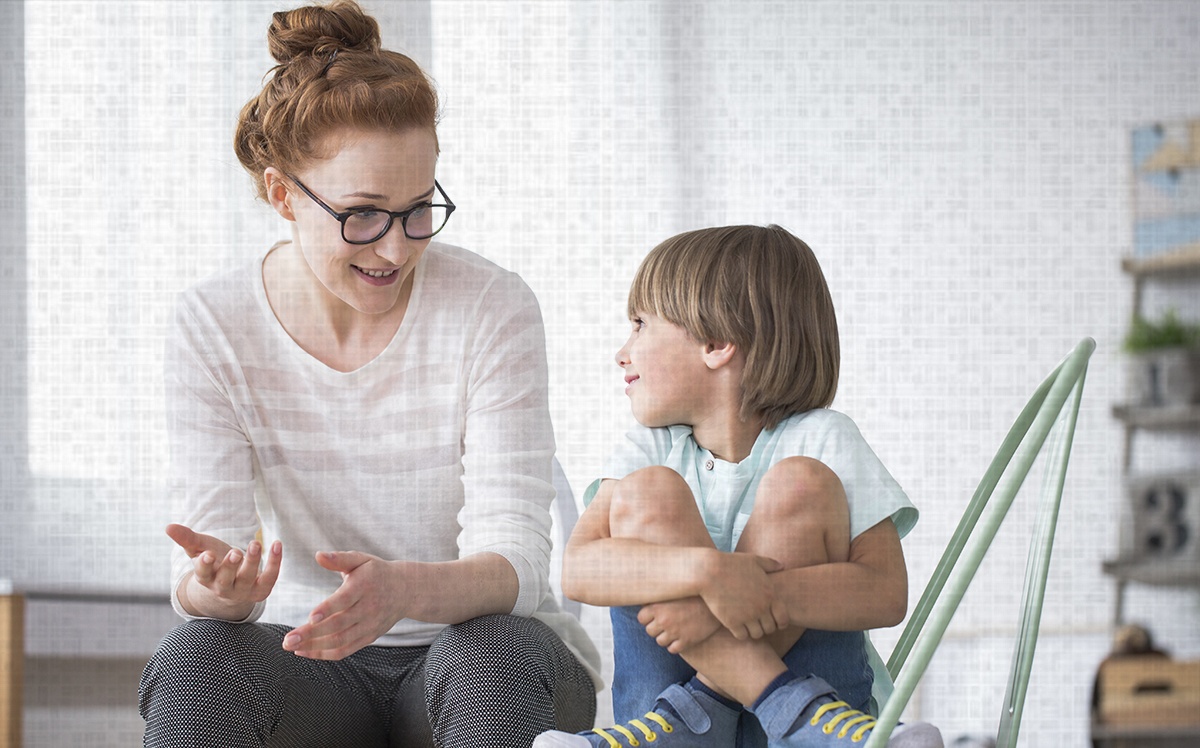 Going through a divorce with children tends to be more complicated than doing so without. That’s because there are additional aspects of a couple’s separation requiring evaluation. Besides devising a child custody arrangement, another major component of a divorce involving kids is determining who pays how much in child support.

The way in which child support is calculated varies from state to state. This explainer reviews the general child support laws and requirements within New York.

What Is Child Support?

Child support is the amount of money one parent pays another to cover expenses related to their children. As explained on the New York State Unified Court System’s official website, this includes any child under the age of 21 who isn’t married and has not been emancipated from his or her parents.

Typically, the person receiving child support has physical custody of the kids. This person is known as the residential custodial parent. The person paying child support, on the other hand is referred to as the non-custodial parent, even though they usually spend significant time each week with the kids. However, always keep in mind that such details differ on a case-by-case basis. For example, there are some instances in which the parents have true shared residential custody, and yet one parent is still required to pay the other support.

What Is Child Support Used For?

Child support isn’t just used to help cover basic necessities, such as food, housing and clothing, which is covered by “basic child support”. There are other costs in which the non-custodial parent would be required to pay a prorated share of:

This refers to any unreimbursed medical expenses or medical insurance premiums spent on the children—annual checkups, emergency room visits and everything in between. Copays, prescriptions, surgery, eyeglasses and dental braces are just a few examples.

Besides required school supplies for the children—such as notebooks, pens, pencils and calculators—education expenses could also cover tuition for private schools and colleges, as well as tutoring services.

Nannies, babysitters, daycare, summer camp—these are all forms of childcare services that may be factored into a child support payment.

Oftentimes, children are involved in various activities that cost money to participate in. Sports teams, whether or not associated with the children’s school, would fall under this category.

How Does the Court Determine Child Support?

If you’re unable to come to an agreement with your former spouse about who pays what and how much in regards to the children, you’re going to need to go to court. The Child Support Standards Act within the New York State Domestic Relations Law and the Family Court Act set mandates pertaining to child support payments and how it’s calculated.

Gross income is a significant factor that plays into how much someone will pay in child support.

Consequently, the Child Support Standards Act was passed with the best interests of the children in mind—making sure their needs are met and that the non-custodial parent pays a fair amount so the children experience the same standard of living they did prior to the divorce.

There are several factors considered:

Gross income is a significant factor that plays into how much someone will pay in child support. In fact, both parents’ gross incomes, less the Federal Insurance Contributions Act (FICA) tax, are assessed during this process. And when we say income, we mean every source of income possible, if applicable.

Such income sources include, but are not limited to:

This information is typically collected from each individual’s latest tax return. However, income that should have been reported on the tax return, but wasn’t, can be included by the court. This financial data is reviewed, so the court can calculate the exact dollar amount for the parent paying child support. The percentage is also based upon how many children the parents share, with their ages also considered.

The Child Support Standards Chart, compiled by the New York State Office of Temporary and Disability Assistance Division of Child Support Services, “can be used to determine an approximate annual child support obligation,” states the agency.

These percentages are as follows:

Still, they are seen as a “guideline,” Sunshine points out. “The courts are allowed to order a higher or lower amount, but they have to explain in their decision, why they are going up or down from the formula in the Child Support Standards Act.”

In New York, there is also a “threshold” of  $148,000 of combined parental income, below which the guidelines generally apply, and “any income over that,” Sunshine explains, “depends on the judge.” He continues, “Now, on Long Island or New York City or Westchester, where expenses are high, they tend to apply that formula over the threshhold.”

“Where the total income of both parents exceeds the combined parental income amount of $148,000 the law permits, but does not require, the use of the child support percentages in calculating the child support obligation on the income above $148,000.” 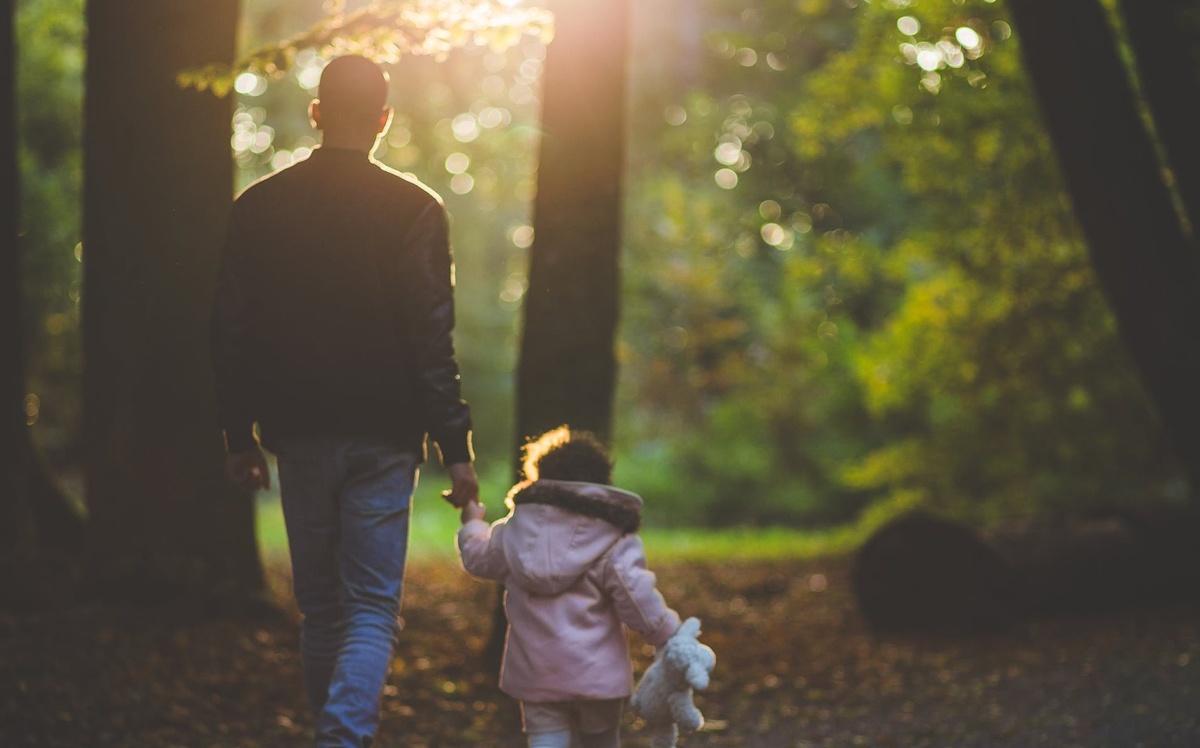 Furthermore, determining the custodial and non-custodial parents’ “earning capacity” is another element of assessing gross income. “Earning capacity” refers to the amount of money a person could potentially make working in his or her field, indicating how well he or she could financially provide for the children.

Remember: Non-monetary contributions to a marriage are also evaluated by the court and have a weight in child support, as well as spousal maintenance, cases, too.

Are There Instances in Which Someone Does Not Receive or Stops Receiving Child Support?

Yes, but this is not the norm.

If the non-custodial parent is actually the children’s stepparent, child support will likely not be mandatory. This is because only biological parents are financially responsible for their children. In the state of New York, there are rare exceptions to this rule, as shown in the 1993 case Monroe County Department of Social Services v. Palermo.

It concluded that: “Biological parents have primary responsibility for child support; stepparents are responsible only if the support from the biological parents is insufficient to keep the child off public assistance.”

"Stepparents who adopted their children before getting divorced may be ordered to pay some form of child support, since they’re now legally responsible for them."

The court held that the party seeking support should first petition for child support from the biological parent.

Nonetheless, stepparents who adopted their children before getting divorced may be ordered to pay some form of child support, since they’re now legally responsible for them.

A reason for a change in child support would be an involuntary change in employment.

How Do You Start the Process of Receiving Child Support?

This process starts with the filing of a child support petition in the state the children reside.

The New York State Unified Court System explains: “After a child support petition is filed, the other side must be ‘served’ a summons, the petition, and the financial disclosure form. The person who filed the petition is the Petitioner and the other side is the Respondent. The summons tells the Petitioner and the Respondent when and where to come to Family Court for a hearing.”

Both parties “should also bring to court proof of their expenses, such as rent, food, clothing, medical costs, child care, education and the cost of supporting other children.”

The Petitioner and Respondent are expected to bring their latest tax returns to the hearing. As previously mentioned, this is the first way that the court finds out what their gross incomes are. Recent pay stubs and financial statements are also required, stipulates the Court System. Both parties “should also bring to court proof of their expenses, such as rent, food, clothing, medical costs, child care, education and the cost of supporting other children.”

Besides looking carefully at all the provided documents, the judge also listens to both parties’ testimonies. The Court System provides a video and associated transcript about these hearings, to give New Yorkers a better idea of what to expect.

Your legal representative should also provide details on what takes place in the courtroom during a child support case. But we’ll get to that a bit later.

Can You Get Child Support If You Were Never Married?

Remember, biological parents have a legal duty to take care of their children financially. Whether or not the parents were ever married is irrelevant. However, the process starts off a bit differently in these types of cases, as the parents would need to determine the paternity of the child or children first, via a paternity test. From there, the process would resume as it normally would if the case involved divorced parents.

Is Hiring a Child Support Lawyer Worth It?

Although you don’t need to hire a lawyer, it’s extremely helpful to do so. Working with a lawyer who has extensive experience in child support cases gives you access to an expert who has experience going to trial, and can answer any and every question you have about your case—ensuring you’ll be prepared when the hearing takes place, including the best evidence for you to present to the court. This includes reviewing every financial document you’ll need to supply, including those related to your income and your expenses pertaining to the children.

Legal representation can help prepare your argument and advise you if you even have a case that’s worth going to trial for.

A child support lawyer can also assist parents who are unhappy with a previous judge’s order and looking to modify the amount of child support they’re receiving or paying. To do this, as briefly discussed, you would need to prove a significant change in your circumstances has occurred, such as the involuntary loss of your job, to make your case. Legal representation can help prepare your argument and advise you if you even have a case that’s worth going to trial for.

What If Your Ex-Spouse Owes You Money For Child Support?

Those looking for legal assistance to enforce an existing child support order who benefit from a lawyer’s advice, as well.  There are many different remedies to ensure that you are receiving the child support that the existing child support order directs.  Again, you can file these legal proceedings on your own, but experienced legal counsel can give you a much better shot at actually collecting the money you are owed already, and the money you expect to collect in the future.

Sunshine & Feinstein provides legal services to New York clients who are seeking help with child support, as well as other family related legal matters, such as child custody, spousal maintenance and visitation. Contact us today to schedule a consultation so we can evaluate your case.